What is the meaning of the word Ayekoo in Ghana? 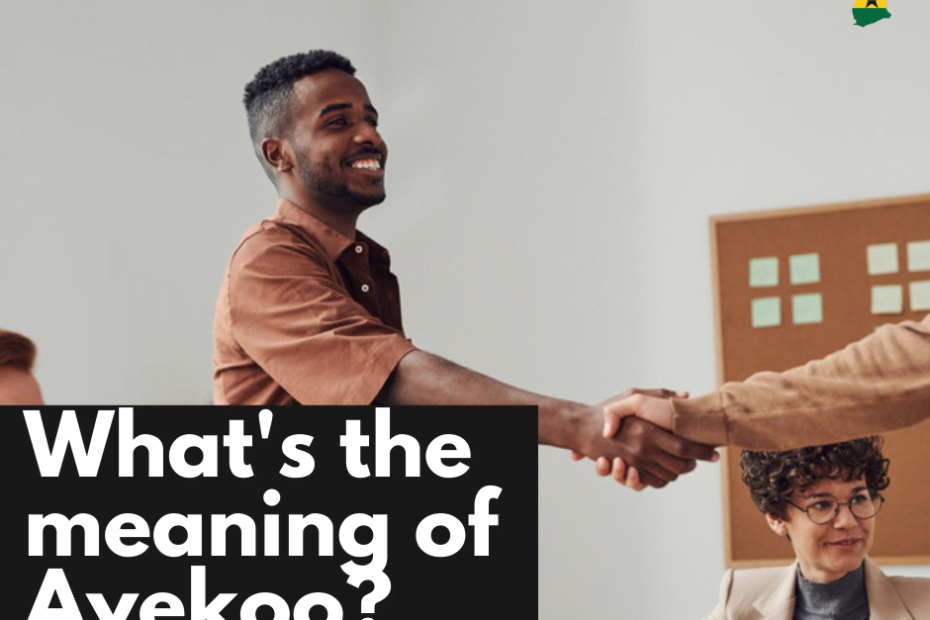 If you have ever been around Ghanaians anywhere, or even heard them speak, one common word or expression you might hear is “Ayekoo”. Ayekoo as in the title of our site and platforms, Ayekoo Afrique. In this article, we shall take a look at the meaning of the word ayekoo.

What is the origin of ‘ayekoo’?

I was recently surfing the web and saw that our site ranks for several keywords related to the word ‘ayekoo’. Out of curiosity, I decided to check out the other related terms people popularly searched for on Google. Among them was the search query “what is the meaning of ayekoo?”.

Contrary to popular belief, the word Ayekoo actually comes from the Ga language, spoken in Accra, the capital of Ghana, rather than the Twi dialect of the Akan language. I believe a lot of people mix that up because the expression “ayekoo”, above all, made its way into Akan by way of borrowing from the Ga language.

Secondly, the fact that Akan is the more popular language of the two could be a factor and hence the association.

What’s the meaning of the word ayekoo?

The word ayekoo– meaning well done, or congrats– comes from the Gã expression “ahe koo” which roughly translates to “are they buying?“. In response, one says ‘aahe’ (meaning they are buying.) But today, whenever someone says Ayekoo, we respond “Yaaye”, an evolution of the actual “aahe”.

The context behind ‘aahe koo’ and ‘aahe’.

As I have previously explained, Ayekoo comes from the expression ‘aahe koo?’. This expression were commonly used in the domain of trade and business. In order to inquire about how someone’s business is doing, one asks “aahe koo” which literally means ‘are they buying [your goods]?’ or by extension, ‘how’s the market [today]? Furthermore, If the trader wishes to respond that the market is good, they will say ‘aahe’ (literally means ‘they are buying’).

Now, how do we use the expression Ayekoo today?

Language changes over time, and so does the meaning of words and expressions. In modern times, the Gã expression ayekoo has come to mean ‘congratulations‘, and to some other extent, ‘well done’.

There are many situations where you can use Ayekoo.

For instance, when we meet a group of people working– whether they’re a bunch of men constructing a bridge, or women selling tomatoes at the Kaneshie market–, we say to them “Ayekoo” for the hard work they’re doing. In return, they will also respond by saying, “Yaaye”.

Secondly, Ayekoo can be used to congratulate someone on an achievement.

Did you get a promotion at work? Ayekoo to you. You won an award for some work you been doing? Consequently, you would also receive an ‘ayekoo‘. Moreover, you can say ‘ayekoo‘ to your child should they get excellent grades at school.

Last but not least, ‘ayekoo’ can be used sarcastically.

I remember when I was much younger, my mom once caught me stealing meat from the soup she had prepared. Upon catching me right in the act, she exclaimed “Ayekoo, yaa nɔ. Bɛ mimɔ bo” (meaning well done, go ahead; I have already caught you)

Before I go, Ayekoo Afrique is a platform that helps you to learn African languages with native tutors from the continent of Africa. If you are interested in learning the intricacies of the Gã language, book a private one-on-one online lesson with me here. Finally, to learn any other African language, check out our African language courses ​ to get started.